Bank Overdrafts: Are They The Best Option For Anyone?

Overdrafts. A term we’re all familiar with, and a banking facility millions of us utilise every year, often with barely a second thought. But with all the options available to us for accessing extra funds, from short-term loans to credit cards to new accounts, are we right to?

Authorised overdrafts, those agreed with your bank, sound rather innocent, but can still prove very costly. There will be a charge usually for such an arrangement, and it may be a double-whammy, each month. Some fee-paying accounts may offer you a limited free overdraft as part of the terms, but not all. Most will charge not only interest on the overdraft, but also a daily, weekly or monthly fee. Interest may well be up to 20% EAR (a representative interest rate that shows the rate you would pay if you remained overdrawn for a year). The rules on what fees banks charge can be very complicated, so it is always advisable to check them carefully.

It’s no surprise therefore that overdrafts can actually prove more costly than other methods of borrowing, including short-term loans. You are probably aware of the bad press that payday loans have received in recent time. The industry has suffered a clampdown from the financial authorities recently that will see many providers cease their loans. However, an overdraft can be more costly than a short-term loan. The Telegraph reported this in October 20131 , quoting the consumer group Which?

Which? found borrowing £100 for a month cost £30 with one bank, and £20 with another, more than payday loan rates. Going £100 into an unauthorised overdraft for a month cost £100 with one bank. Which? called on the Financial Conduct Authority (FCA) to ban excessive charges like these. They appreciated the popular investigation into payday loans, but it seems to me that overdraft charges constantly avoid similar scrutiny, for no good reason. Any comprehensive investigation into finance markets, debt and lending has to incorporate overdrafts.

The banks themselves will argue otherwise. Anthony Browne, the British Bankers’ Association chief executive, said overdraft charges for customers had fallen “significantly” in recent years. He said they had wiped a billion off fees. Personally I’m not sure over what period these supposed savings occurred. Personal experience doesn’t support this. However, his assertion that the high fees tend to be for unauthorised overdrafts has some merit. Also with merit was his opinion that such overdrafts should never be encouraged. By definition, unauthorised overdrafts are, well – unauthorised, so high fees are almost inevitable. Browne argued that customers need to be savvier and switch accounts to one that suits their needs better.

In reality though, many of us will never do this. Some accounts offer cash incentives to join, but the sheer hassle of changing accounts and all the extra administration that will entail puts us off. Thus this understandably prevents many from jumping from one account to another, from one bank to another.

In November of last year, Alex Chisholm, head of the Competition and Markets Authority (CMA), said today that customers “cannot be bothered” to move banks. Mainly because it is too difficult to work out if they will be better off. He argues that banks make comparing accounts difficult and partly because of this, customers are paying £400 or more a year in unnecessary overdraft fees. His concern is that the “free banking” trumpeted by banks is an illusion for many.

It is estimated of the twenty-five million people in Britain with an overdraft, two million are paying significant overdraft fees each month, and only 3-4% swap accounts in any given year. It becomes harder to compare accounts if trying to work out overdraft fees. The CMA are investigating the issue and the reasons behind people’s reluctance to switch accounts.

It is thus not sensible to immediately discard the option of loans for dealing with debts rather than continually relying on a bank overdraft, as it could be a false economy. It’s not as if the British public seems over-enamoured with the service they receive from their bank. The Financial Conduct Authority received 319,505 complaints about current accounts in the first six months of 2014, 11% more than in the same period the previous year. Experts fear that competition in banking has diminished in recent years due to the financial crash of 2007/8 and the subsequent disappearance and amalgamation of banks – any new lenders have had a limited effect on the market. With banks more cautious with loans, overdrafts are the natural fall-back option for millions. For many, short-term loans would be cheaper in the long-run.

It could have been different. In 2009, UK banks won a Supreme Court case that had been brought to challenge the legality of large overdraft charges. In the aftermath of the ruling though, most banks did agree to reduce the level of their charges, but the number of times a customer can be charged in a single month has actually gone up. With no changes to overdraft fees in the foreseeable future, it is in many people’s interests to consider other options, be it loans, or switching accounts to something more suitable to their individual needs. 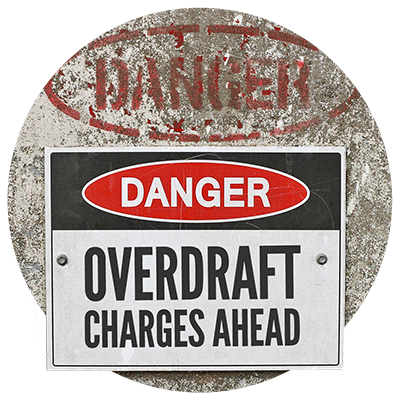